A writer named Dan Devine wrote up a piece in The Ringer that essentially said nothing. The reason: he, nor any of us fans or media writers, has a clue. We don’t have the scouting reports the NBA clubs do; watching a player on TV in the NCAA playoffs doesn’t qualify us to be Knicks GM. And the Knicks have a GM — Scott Perry — who seems to know what he’s doing.

So here’s more ignorant speculation — mine:

The first thing the Knicks have to do they’ve already done — NOT trade Mitchell Robinson in a package for Anthony Davis. Robinson is at least a Marcus Camby already; if he learns the postup, he can be special — Hakeem Olajuwon special. Anthony Davis special. Robinson has shown an ability to learn quickly and seems very intent on becoming a star. He can be part of a core that provides sustained winning for the Knicks for the next 10 years. 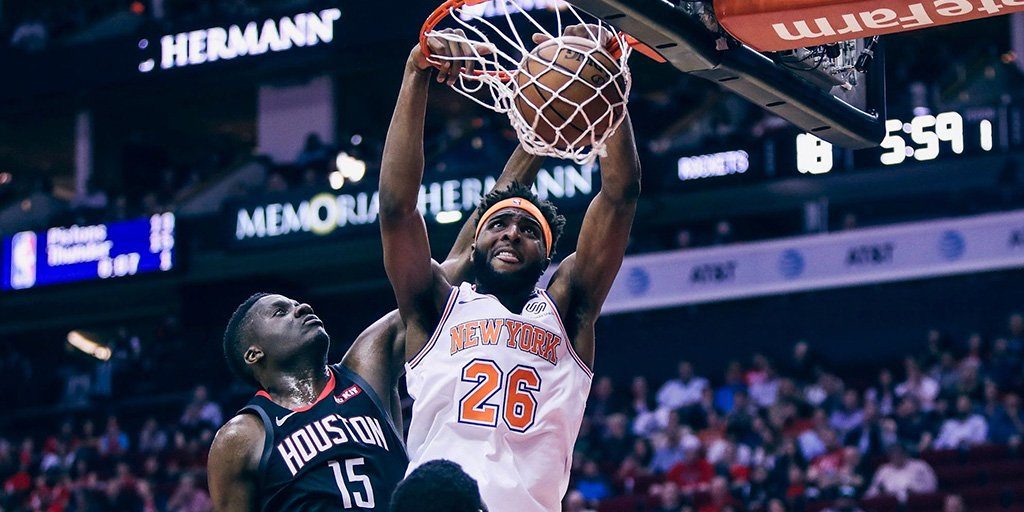 2. Get an Elite Point Guard

In the days leading up to the draft:

If Ja Morrant falls to the Knicks, take him. If Scott Perry thinks Garland is going to be great — take him. Barrett has not blown me away in any of the youtube highlights I’ve seen of him. But remember — I don’t know what I’m talking about.

If Morrant does not fall to them, and Perry thinks Barrett is really good — then pick Barrett and use a max slot to get an elite point guard, this year or next year.

3. Get a Great Coach

Last summer David Fizdale was hired and came to NY with more ballyhoo than I’d ever seen for a new Knicks coach. You’d think he was Pat Riley. He said the same things every other coach had said — promising “accountability” and “Defense”. So many Knick fans were saying he’s “My Coach”. 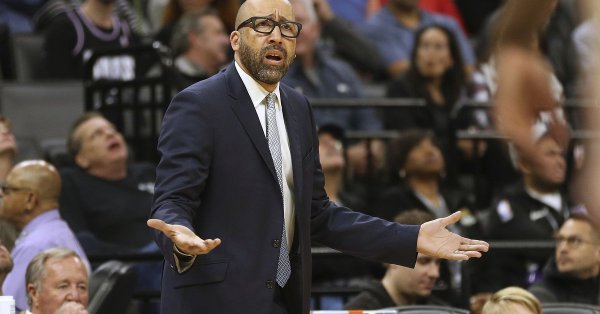 By the end of the season you didn’t hear anyone saying he’s “my coach” anymore. Yes he was trying to lose on purpose the second half of the season (after plan A failed — plan A was 30 to 35 wins with Kristaps Porzingis back in February) — but there was No defense, and little accountability. He showed to be an excellent Developmental Coach, who played players he was developing even if they had some bad stretches.

I’d give Fizdale until December to show terrific Team DEFENSE and TEAM IDENTITY — and if the Knicks are still without any identity like they were last year — fire Fizdale and promote Mike Miller from Westchester. Miller won G League Coach of the Year in 2017-18. He’s been coaching since the late 80’s at various college levels. He seems to be a winning coach who is getting Westchester into the playoffs each year, and developing players.

One of the worst things about the Kevin Durant injury is it gives Fizdale more time. If the Knicks had signed Durant and Kyrie as was expected, and the Knicks finished December 2019 under .500 — the pressure would have been on Fizdale. Durant and Irving, at the least, would have been saying “hey — get this guy out of here” if the Knicks were playing without an offensive or defensive system in place. Now — even if the Knicks sign an injured Durant — Fizdale can piss away another season and blame it on the roster. And pretty soon Miller will be grabbed by another franchise.

I don’t want to wish anyone to lose their job — but Fizdale is making $2.5 Million a year and will get other opportunities. The Knicks aren’t paying three (3) coaches at the same time like they were last year — so can afford to pay Fizdale and the new coach for the next few years. IF Fizdale doesn’t develop a team identity and defense this year. I’m rooting for him.

Miller is rumored to be joining Fizdale’s assistant coach team so that’s good. If Perry doesn’t think Miller is the guy — there’s always dare we say it — Mark Jackson? Look what he started in Golden State. Gave them Defense and an Identity to start.

The Knicks have two (2) max slots. They could sign Durant and wait a year for him. They could try to sign Kawhi Leonard. They could wait two years for “Greek Freak” Giannis Antetokounmpo and sign him. Some say he’ll never leave Milwaukee — those people are ignorant. Anthony Davis signed the big extension with New Orleans and was never going to leave there and look what happened. Do you want to be a superstar in Milwaukee or New York City?

I believe there are two moves here: sign Durant and wait and hope he’s still great at 32, or wait for Greek Freak and see what Kevin Knox has in the meantime. 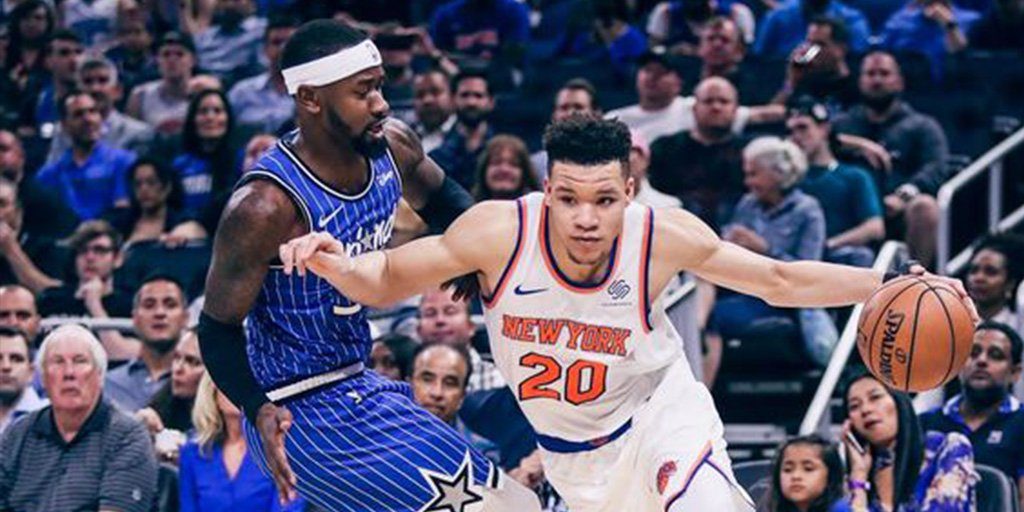 I’m not sold on Kevin Knox — he has a beautiful and accurate 3-pt shot that he shoots with no hesitation off the pass, and if he’s not shooting that shot he aggressively goes to the hole with a nice Eurostep; but he is often awkward with his layups — needs to improve his handle — and his defense. He has to get the Eye of the Tiger.

I leave this move up to Scott Perry.

5. Build Out the Young Core and Rest of Team

Allonzo Trier looks terrific offensively — he can penetrate any defense like a hot knife thru butter, and has shown ability to hit the 3. He can score, score, score, and last year was working on his passing. His Defense is pretty good. He’s only 6’5 — there are taller shooting guards around these days. But Trier is a keeper and fun to watch. 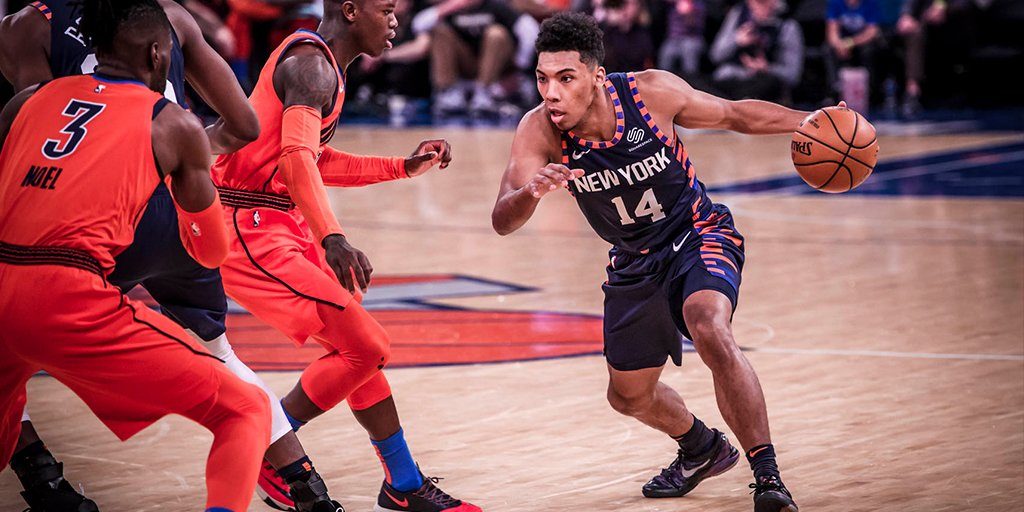 As far as the rest of the roster — that’s up to Scott Perry and the Coach — whatever coach that is — to build into a winning System that the coach deploys. The reason why point #3 above is so important. The Knicks were developing some pretty good reserve players this year — Damyean Dotson, Luke Kornet, Noah Vonleh, Kadeem Allen and so forth — some will stick with the Knicks; some will go elsewhere.

I’m going to send this article directly to Scott Perry if I can find his Twitter account. I don’t think he has one.

The season is FINALLY over and now Knicks fans can FINALLY get involved again — and so far all the action is going on with other teams! And many Knick fans are rejoicing — saying “we […]

4. The Ewing Rebuild I (Bomb Squad) Orchestrator: GM Al Bianchi Highlights: The night Dave DeBusschere won the lottery and the right to pick Patrick Ewing, it looked like the Knicks were destined to win […]